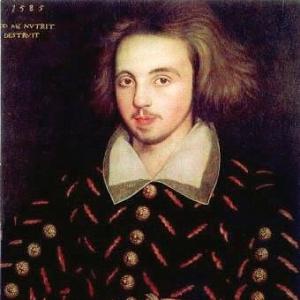 What readers have said about the book:
“I am thrilled with your fascinating line of research. At first hesitant to accept it, I am now convinced that you have made an amazing discovery. Congratulations!”

“You have convinced me by the sheer weight of the evidence, that Marlowe’s “signature” is really there.”

“I am personally convinced that you have — as claimed — found overwhelming evidence that Marlowe left coded “signatures” in the sonnets. In fact, I must say, your analysis is one of the cleverest pieces of intuitive plus deductive reasoning I have ever seen in my life. It is a remarkable piece of work.”

“I am totally convinced about the case you have made. One can hardly imagine that even a tenth of your findings were there by chance”

“I think it was a brilliant piece of research”

Mr Mike Frohnsdorff – MA (Cantab)
Mike Frohnsdorff has a degree in English literature from Cambridge university. He is a local historian from Faversham, Kent, and is both the Chairman and Research Officer of the Marlowe Society.

“It is an enormous tour de force!”

“Congratulations on your awesome book!”

Donna Murphy
Donna Murphy has a B.S.F.S. in International Affairs from Georgetown University and an M.A. in Economics from the University of Wisconsin, Madison. She has worked in the private and public sector as an economist, and is an English Renaissance-era researcher.