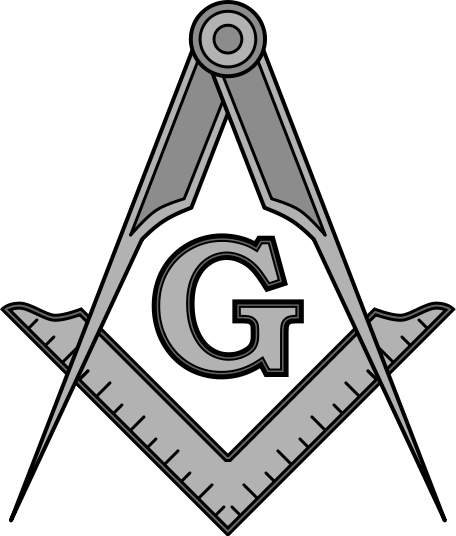 In the ritual of Master Mason, Hiram Abif was slain by three ruffians collectively termed The Juwes. According to C.C. Zain, these three represent the Midheaven, the Ascendant and the Descendent position of the sun (1). The solar motif is picked up because their collective name has the gematria value of 1908 and thereby measures a Seal of Solomon with sides of 318, hence Ηλιος – the Sun. They also, in some fashion, personate the new moon because 1908 divided by three is 636, value of Η Νου Μηνια – The New Moon. The conjunction of the sun and the new moon are a central part of the ritual of Master Mason. Zain explains:

“It was the usual custom of the Grand Master, Hiram Abiff, every day at high twelve when the craft went from labor to refreshment, to enter into the sanctorum.” Now if we turn for a moment to the Kabala we find that the holy of holies . . . also represents a spiritual union of man and woman, a union represented in the sky by the joining of the sun and the moon, that is the new moon. And as our narrative relates to the temple of the sun, his holy of holies . . . is the sign ruled by it, Leo.

The three ‘Juwes’ are named as Jubela, Jubelo and Jubelum and obviously have a common root in Jubel. Zain tells us that Jubel is a sign of the sun. According to Albert Pike, the correct Hebrew spelling of this name is IVBL (2). This seems suitable because it equates him, through a gematria value of 48, with the Old Testament character ChM – Ham. Zain tells us that Ham also represents the sun ascendent (like Jubela) in the Royal Arch chapter.

In English Jubela, Jubelo and Jubelum have a combined gematria value of 2762. This indicates their role in the death-rebirth process because in 1 Cor. 15, 42 we are told of the resurrection: Σπειρεται εν φθορα εγειρεται εν αφθαρσια – It is sown in corruption: it is raised in incorruption (2762). Therefore they represent the corruption of death – but simultaneously portend the fact that this is not a death without hope.

It is more than probable, however, that the naming of the ‘Juwes’ was also predicated by Hebrew considerations. Albert Pike spells their names as IVBLA, IVBLV and IVBLVM. Looking at the names, it seems as if the suffixes have been added to provide a clue as to the nature of the Master’s word (their efforts to extract this word from Hiram Abif were what caused his murder). These suffixes combine to make the solar word AVM / AVN (for more on this go to The Lost Master’s Word).

The gematria total of the trio is 757 or 197, according to whether or not the final M is counted high. The former figure accounts them ‘cursed’, due to equivalence with the Greek wordΕπαρατος; and, in context, it is interesting to note that the English root Jubel – 827- is equated with Ο Επαρατος – ‘the Cursed’. The lower figure (197) is on a level with Η Αρπη – this was the ‘sickle’ with which Uranus was castrated by his son Chronos. This connects with the story of Noah and sons, for in the Talmud Ham actually unmanned Noah in his drunkeness, rather than merely looking at him (this fact accounts for the severity of the punishment he received). The story of Hiram and the Juwes seems closely modelled on that of Noah, albeit with the ruffians seeking a ‘virile’ word, rather than a virile member (3). There are also parallels with the story of the resurrection of Osiris, brought about by means of Isis and a substitute phallus. It is clear that the Mason Word has phallic associations.

In another link to the story of Noah, we can observe the presence of the critical solar number 666. The Hebrew names of Noah and his son Ham are NCh and ChM and have values of 58 + 608 = 666. The value of Noah’s three sons is exactly three times 666: ChM, ShM and IPhTh make 608 + 900 + 490 = 1998 = 3 x 666. One way of representing this relationship is by drawing two circles that intersect to form a vesica piscis – if the circles have combined circumferences of 1998 the vesica will have a circumference of 666. This ties in with the gematria value of The Juwes because a square drawn around the conjoined circles has a perimeter of exactly 1908. It is also noteworthy that the diameter of the circles is 318, hence Ηλιος – the Sun, and also the number of servants symbolically circumcised by Abraham (4).

However, it is possible that the spellings provided by Pike are not correct. The book in which they are given is prefaced with a quotation from a 12th century work, Artephii Liber Secretus, “Is not this an art full of secrets?: and believest thou, O fool! that we plainly teach this Secret of Secrets, taking our words according to their literal interpretations?.” So there may be some deliberate inaccuracies; and it seems to me quite possible that Jubelo should be spelt IVBLAa. Accepting this hypothesis gives the trio a gematria total of 821 or 261.

821 equates them with the murder victim himself HIRVM (albeit by an atypical spelling of the name). It also portends the thing the ‘Juwes’ tried to steal – Ο Λογος Αληθινος – The True Word. If we add the two 821s we get 1642 – value of ChVRM BN ALMNH – Hiram, Son of the Widow.

261 links them to both Luna the moon, and MVRIH – Mount Moriah. The latter plays a crucial role in the death of Hiram, as this is the place where his body was buried. This grave is described as being located “at the lowest point in the daily journey of the moon”.

We thank our friends at Planet 7 for their support of the MasonCode.com website. Get $600 in free chips when you redeem all the Planet 7 bonus codes at https://bonuscodecasinos.net/planet-7-no-deposit-bonus-code/.

Create your own review
Average rating:   6 reviews
by just a guy on
interesting

Not a freemason, just an autist with too much time on his hands. Interesting read. Whatever conclusions one is to draw from something like this, I would like to say that as far as cryptographic science was concerned in the time period of Yahweh and other prophetical or respected figures referenced in other religious texts at the time, there is no research that points towards other systems of cryptography use in the written texts we have until much later.

This being said, it would be plausible that when other historians wanted to write their version of events, they would use similar names that could also adhere to the Jewish Gematria cryptography to keep the connections between words and numbers alive, such as the ones you collected here for us.

Its safe to assume most eyes on this page would be of Christian based faith and teachings, regardless of active belief. We tell the time based off of when Christ died, so its not a reach. Given that, Noah's Ark is an important story from the Bible. Mesopotamia became a hotbed for civilization after the melting of the ice caps, our recent ice age. Given that plato had donated items to the Church from Atlantis(true north compass that we cannot figure out how it works), one can deduce that previous intelligent civilization had existed in some areas, but researched different areas of their technology tree (all you civ players). After a near catastrophic event such as a world flood, which has increasing proof of evidence every day, like water marks on the Great Pyramids at sub desert sand levels, you had nomadic peoples detached from civilization mixing with potentially hundreds of micro-civilizations that could have existed at the time.

The grand point I am making here is that all religions came to be all around the same time after this event, all preaching slightly different ways to keep a society functioning. Don't kill your neighbor, don't fuck his goat, treat others how you want to be treated, covering up most of your skin when traveling if you're a woman, whatever the Rule or Ideology is, they all came to be from a great re-location of people due to this event. We are all not so different, and most of our stories are all of the same singular event, just through different eyes. No matter who you believe to be your prophet, God is an all seeing entity. People, however, preserve their histories as they wish.

Written as ÄM ; pronounced AOUM -- sound AM in a prolonged manner. You will hear the sound higher than a breath and lower than a whisper..

by Jack Murdoch on
Ignorance

Mariano Paniello, you are no one within the organization. Being a member does not grant you omnipotence of the history. The Freemason conspiracies go beyond your tiny worlds. We're not all blind.

by Angelo Ramirez on

This is interesting, I have found information from different Masonic sites that conflict with each other about the juwes.

The legend tells us that one day, whilst worshipping the Grand Architect of the Universe (GAOTU) within the Holy of Holies, Hiram was attacked by three ruffians, (called 'Jubela', 'Jubelo' & 'Jubelum' and known collectively as 'The Juwes') who demanded the "Master's word", that is, the secret name of God.

The three ruffians are named as Jubela, Jubelo and Jubelum and obviously have a common root in Jubel, but nothing to do with ‘Juwes’.

I am a Mason too and from Taiwan.

To connect the root 'Jubel' as 'Juwes' is kind of racism.

'Freemasonry circumscribe our desires and to keep our passions within due bounds toward all mankind.'

To me, Eureka of the three ruffians are hidden words.

The common word 'Jubel', which is an ancient Latin 'iūbilus', represents 'REJOICING'.

Combinations of 'A' 'M' and 'O' would be the 'AMO', which also a Latin word, representing 'LOVE'.

The ruffians represent the three sins in GENESIS 3

All the rituals are reminding us all the time to avoide those sins and sublime ourselves.

JUBEL AMO => 'Love rejoices in the truth, not in the Evil' Corinthians 13.

by Mariano Paniello on
Enough of This

The three ruffians who murdered Hiram are not now nor have they ever been known in Masonry collectively as Juwes. That was made up from whole cloth by the guy who wrote that book in the 70s that Murder By Decree and From Hell are based on. There are many, many Masonic texts going back to the early 18th century (and even some others that go back to as early as 1390), and the word Juwes doesn't appear once. Even the names of the three ruffians are a fairly late invention; in the earliest texts they don't have names, and in one source there's only one (equally nameless) ruffian. Source: I'm a Mason.