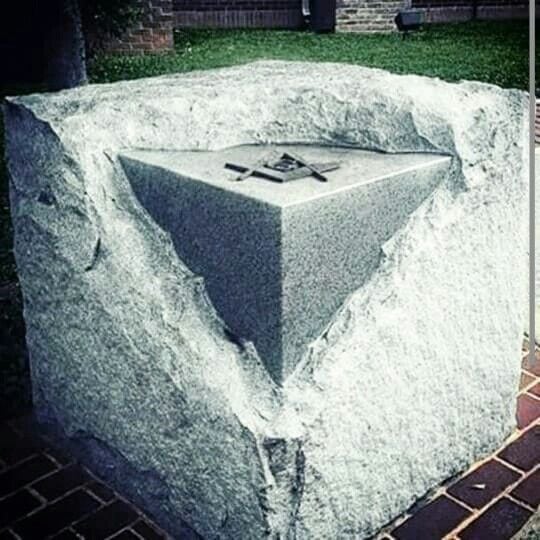 The three ‘Movable Jewels’ of the lodge are the Rough Ashlar, the Perfect Ashlar and the Trestleboard. Symbolically, they represent the man unmodified by spiritual disciplines, the perfected man and the drafting board for the soul’s actions in life. In other words, there is a spectrum of development from beginning to end here and a medium upon which this can be charted.

At any stage along the way the traveller can simply define his state in the words Ειμι ο ειμι – I am what I am (1 Cor. 15,10): the implication being that he is what he has made himself to be. Those words have the same value as Ashlar – 200.

The fact that we have two Ashlars is mirrored in the fact that the word ‘Trestle’ has a value of precisely 400. Given that the Ashlar is defined as a cubic block, it seems that a square with sides of 200 is being numerically indicated. Such a square has a perimeter of 800 – which is the gematria value of Ω – the last letter of the Greek alphabet and symbol of completion of a task. The diagonal of the square is 283 and so signifies the Master Mason himself ChIRVM ABIV – Hiram Abif. The circle which may be drawn around the square has a circumference of 889 and can thereby portend Osiris’s Sepulchre – the physical body as the tomb in which the spirit lies. The square combined with its two diagonals totals just over 1365 and therefore represents the spiritual evolution of the archetypal man from beginning to end, as portrayed in the 28th degree, ‘From Father Adam to Brother Truth’.

The word Rough has a value of 345 and thus signifies the 3-4-5 triangle and the 47th Proposition of Euclid. Mackey described this as ‘the foundation of all Masonry’. 345 marks the builder’s key to the understanding of the universe. Perfect has a value of 259 and so signifies both the master builder RB BNH and the spiritual destiny of the cabalistic bride Βασιλεια. Board (value 137) suggest the starting point of the enterprise through the Hebrew word MVTzA – ‘sunrise’ or ‘point of origin’, and also the key to the key QBLH – the Cabala.

Rough Ashlar is valued at 545 and indicates the perfection hidden within the rough exterior through the word TAaLMH – the hidden thing. Perfect Ashlar takes the value of 459 and hence the points to the foundation stone of the spiritual church ShIMVN ABN – Simon Peter. Trestleboard has a gematria value of 537 and can thus signify the range from the highest world ATzILVTh (537), to the lowest world AaVLM HAaShIH (536).