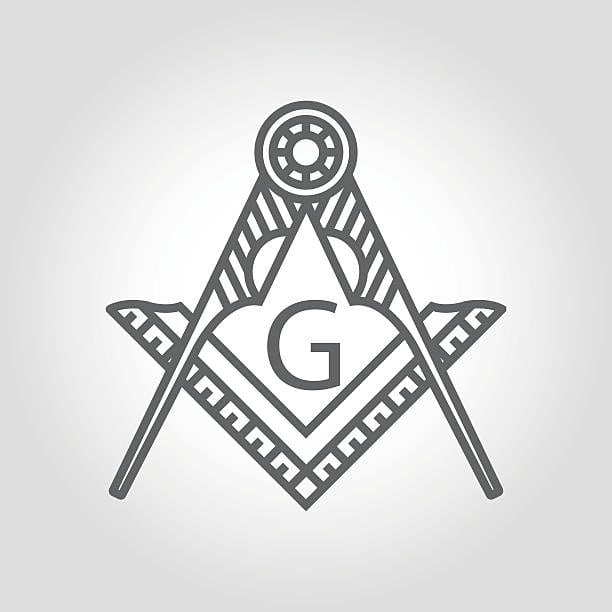 The Entered Apprentice candidate is presented to the lodge, ‘Slipshod and Hoodwinked’, draped with a, ‘Cable Tow’, – in other words he is slippered, hooded and has a hangman’s noose around his neck.

The words ‘Cable Tow’ have the same value – 1081 (this is equal to 1080 by the cabalistic rule of colel). It seems to indicate that the candidate is bound to serve the feminine principle that is held dear in Hermetic philosophy. There are many other reasons for chosing this number: one which may be significant to the context is that 1080 inches is said to be the perimeter measurement of the Temple porch – obviously the Apprentice is only yet at the Temple gates.

‘Slipshod’ has a value of 331. This is the same as, ‘Atum’, who was a son of Ptah and a sacrifice – it signifies that the Apprentice, with the noose around his neck, is a symbolic sacrifice and that part of him must die before a new man can be reborn. 331 is also the value of Ιανος – ‘Janus’, who was the double faced god that gave us the name of the first month of the year, January. Janus marks the gateway and looks both back to the old year and forward to the new year. Janus is thus another symbol of death and rebirth.

The validity of these numerical references to Janus in the symbolism of Entered Apprentice degree has recently been confirmed for me when I discovered a Masonic essay on the two-faced god by Trevor Stewart. In the conclusion to the article he writes:

Remember also that according to Cicero at least, the name Janus has the same root as the verb ‘to initiate’, and what is it that Freemasons’ Lodges do except they initiate? In other words, they are concerned with ‘beginnings’. (2)

This discovery illustrates just how effective gematria cryptanalysis can be.

Albert Pike gives a Hebrew derivation of the Cable Tow: ChBL ThV – and translates it as ‘His pledge’ (bond). It is interesting that this gives it a gematria equivalence (through 446) to a word meaning a noose – MVQSh. One cannot hide from the fact that it is also a symbol of death – MVT – although it is clearly a symbolic, rather than a bodily, death that is prefigured: the profane candidate dies and the new Mason is born.

Notes
1) 1456 also provides us with ‘Sulphur + Mercury’. Since these two elements symbolise the sun and moon, it seems that the candidate is presented to the lodge in a state of dynamic harmony.
2) Trevor Stewart, The Canonbury Masonic Research Centre, 1999.